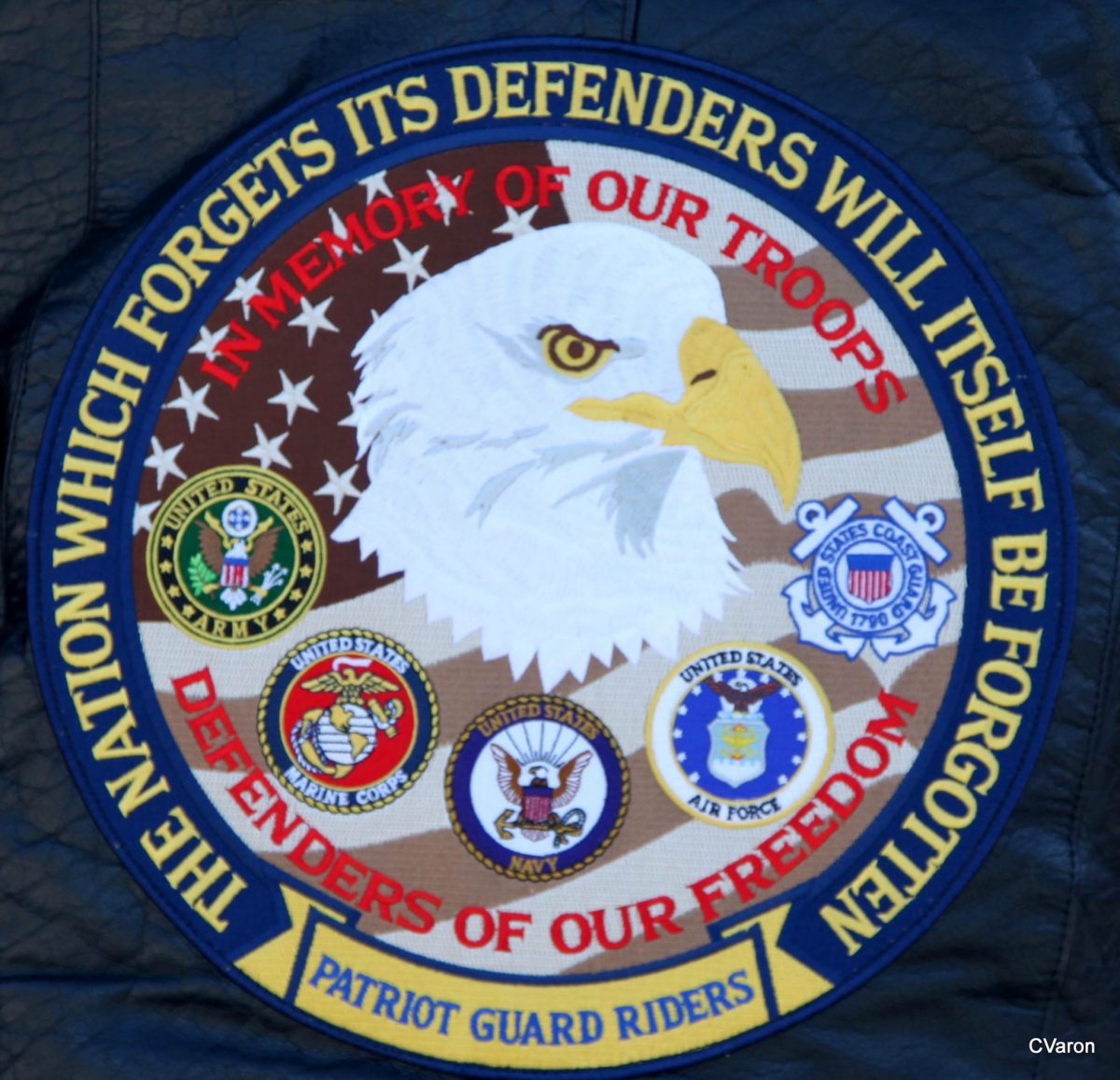 My brother died. He was a member of the Patriot Guard Riders of NY (PGR). I did not know what his membership and this group meant, until he passed. I became a recipient of and a witness to the mission of the Patriot Guard Riders of NY. I salute them here as a representation of Earth’s Angels who do the work of compassion for an often insufficiently acknowledged group. This group would be that of US Veterans of all military services that either through voluntary enlistment or conscription protected the interests of the USA. We are the beneficiaries of their patriotism. 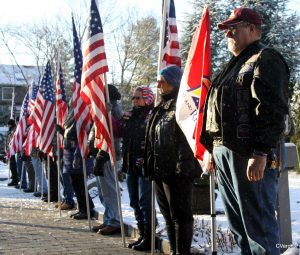 To this brotherhood of US Military Veterans my brother Mitch had devoted a decade of his life as an active member, serving as Dispatcher to schedule missions and working out the logistics. The Patriot Guard Riders respond to requests of family and friends to honor deceased military men and women at the time of their funerals and burials. Mitch also researched war time experiences of the deceased and provided biographies of Veterans to recognize their honorable service. He actively joined in the processions riding his motorcycle. He often volunteered to ride in the rear of the procession, offering to take a challenging and often dangerous position. On the flag line he stood at attention, favoring the black and white POW / MIA flag at his side, unfurled and blowing in the wind. 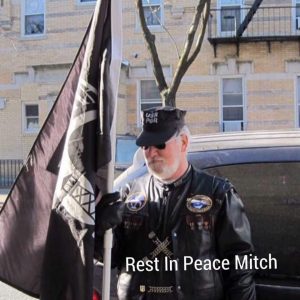 Mitch was among male and female members, standing in the flag line of red, white, and blue in frigid or sweltering weather to honor the deceased and to comfort their families and friends in their loss.The presence of the PGR at the funeral and burial of a Veteran represents a celebration of service to the USA and its citizens. My grief was significantly transformed in the flood of color in the experience of reciprocity. That would be “back at ya” — when we experience poignantly what is given back which the deceased giver gave. Or, perhaps we could view it as a result of “Karma”, when the seeds that are planted by one’s behavior are eventually harvested in consequences, recognition, and appreciation. 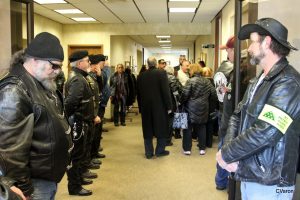 Those who appeared that frigid Sunday in January 2017 had the look of baby boomers; but I could see a range in ages of those standing at attention in the flag line who could have been Millennials or even members of the Generation X. The majority were Viet Nam Veterans. They resembled siblings of a large family with graying hair, bearded or stubbled faces, robust physiques slightly revealing the changes of aging, wearing leather jackets or camouflage. Still looking like former military, they constituted a very large family.

As PGRs their mission on that day was to provide support to the grieving family and friends of one of their own. Upon arriving at the funeral chapel it was impressive to see American flags everywhere. More structured was the flag line, bordering the walkway into the Chapel. The PGR saluted the family and friends, offering their arms to escort them into the Chapel. As their numbers increased, the PGR filled the vestibule of the Chapel and formed a channel. Many took seats in the Chapel during the service. On this day one of the PGR eulogized my brother by reading the poem “The Dash” by Linda Ellis from her best selling book Live Your Dash: Make Every Moment Matter. This poem encourages people to consider the DASH between the date of birth and death that is on every tombstone. This DASH can also represent the life that we have lived thus far. The poem invites contemplation of how we wish to live the remainder. 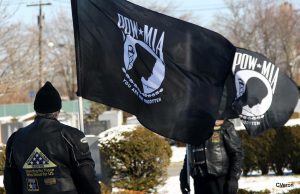 In addition to being counted at funerals the PGR have other missions including honoring first responders of any contemporary crisis and assisting with direct service and/or monetary aid to service persons, veterans and their families suffering any form of distress. PGR are also advocates for MIA’s and POW’s and work on their behalf. They also participate in Angel missions by receiving the arriving remains of service persons returning home and accompanying their remains by procession to the chapel. 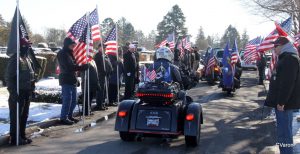 When my brother was dying, I knew the Patriot Guard Riders would be represented at his funeral. I knew the PGR would give back with their presence what he already had given to his deceased peers. However, I did not know in what numbers they would appear. They were far more than 25 and it seemed more than 50 or 100. We were immersed in their support and spirit. They led the automobile procession and protected it from interruption in route to the cemetery by locating their cars decorated with American Flags at intersections to stop oncoming traffic. The PGR alerted the Sheriff’s office to take over when the procession was approaching the cemetery. 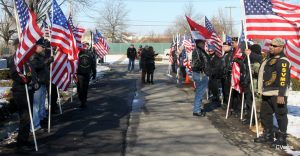 And at the cemetery the PGRs were already at attention with flags unfurled, as they lined the narrow streets awaiting the three massive motorcycles decorated with American flags that escorted the hearse to the gravesite. 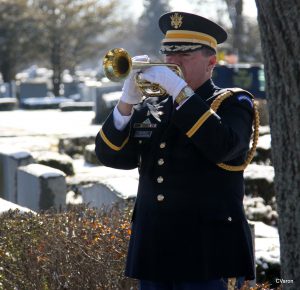 Two other groups took their places to expand the numbers of the PGRs. The Navy sent the well known Bugler whom my brother admired, a male and a female sailor, and a Commander — erect in stature and precise in their deportment. After the draping of the casket and before the folding the American Flag, the Bugler played Taps to perfection. 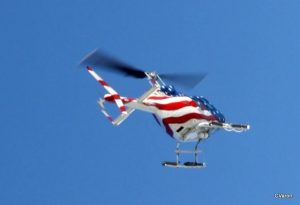 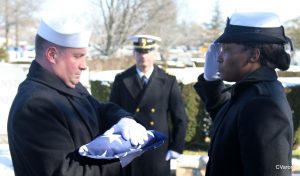 The ceremonial folding of the American flag that had draped the coffin proceeded. The carefully folded American flag was presented to the Naval Commander as a perfect equilateral triangle. With grace and dignity he presented it to my sister – in – law with her 9 year old grandson tucked into her. Both received the flag. It was an intimate moment — reception of this symbol of this honorable Veteran for this grandson and for his grandmother. For those of us standing as witnesses we experienced how one could take loss beyond death and into the sphere of service and honor. This added to the meaning of a life, as it was celebrated in death. 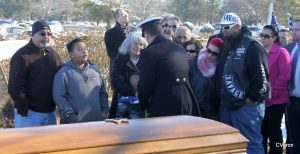 Finally, their appeared yet another group — my brother’s son’s group of motorcycle riders — my nephew’s “brothers” — young Millennials and members of Generation X which also included at least one Baby Boomer. They came to honor the father of their fellow rider. Yes, here was another brotherhood of those faithful and committed to one another. These young, virile, muscular men lined up behind one another, each one taking turns to man the shovels surrounding the grave to finish the burial of the casket, after the family shoveled its share of the dirt, as is the tradition. 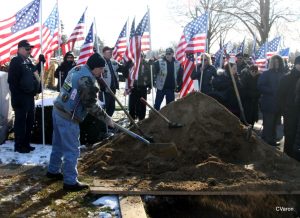 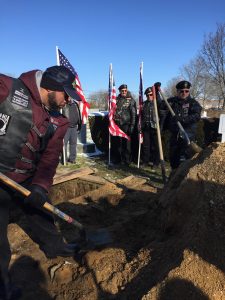 This action coalesced with the Rabbi’s reminder of the “Mitzvah”. He explained this is a responsibility or obligation to “do the right thing.” Although there were people of many different faiths present, the Mitzvah was for all who were able — irrespective of religion, color, or creed — to honor the deceased, support the family, and shovel as much of the soil as one could in order to complete the burial. The tradition was simply to do what the deceased could not do for himself any longer. 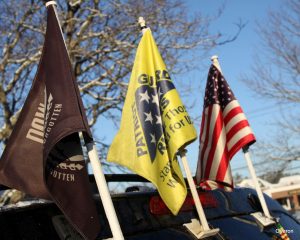 I have a recurrent memory of my brother that suits the day well. Whenever I said or offered something kind to Mitch, he would say, “Back at ya !” That is what occurred on the day of his funeral, when what he gave came back to him. This, it seems to me, would be a fulfillment of the Golden Rule. It makes for humanity among men and women. Following the example of the members of the Patriot Guard Riders of NY — it is a fine guide for life — to do for others what you would have them give “back at ya ! ”

Photography by Carlos Varon, Member and Photographer of the Patriot Guard Riders of New York